With a 10,000 Gauss field, the HD-2XT completely erasures all data on hard drives and tapes in under 7 seconds.  IRONCLAD automatically generates a certificate and report to prove it!  Garner is the only brand of degaussers and destroyers with IRONCLAD, an erasure and destruction verification system that automatically captures a JPG image of the media immediately after it is degaussed and generates a proof-of-destruction certificate for audit and archival purposes. 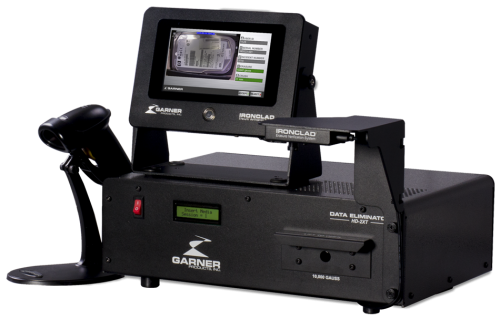 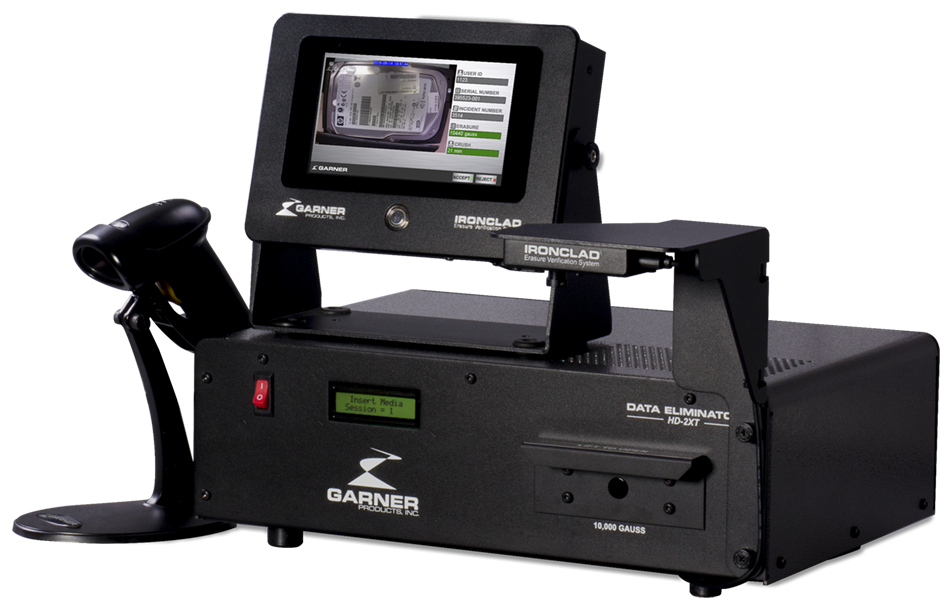 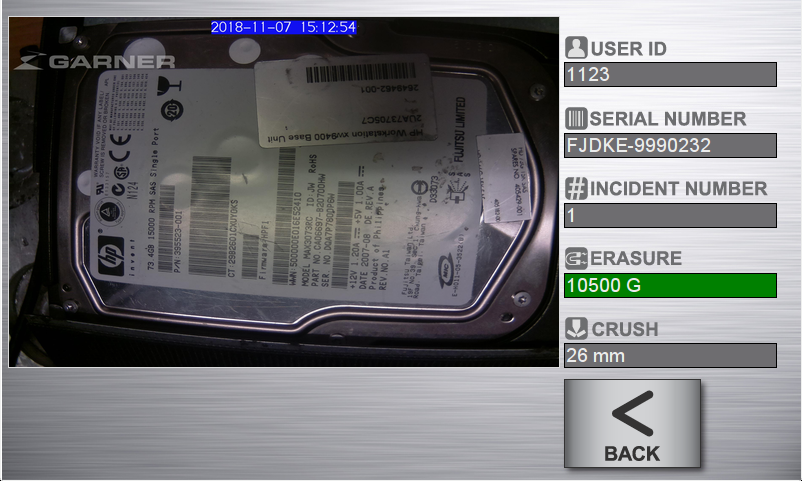 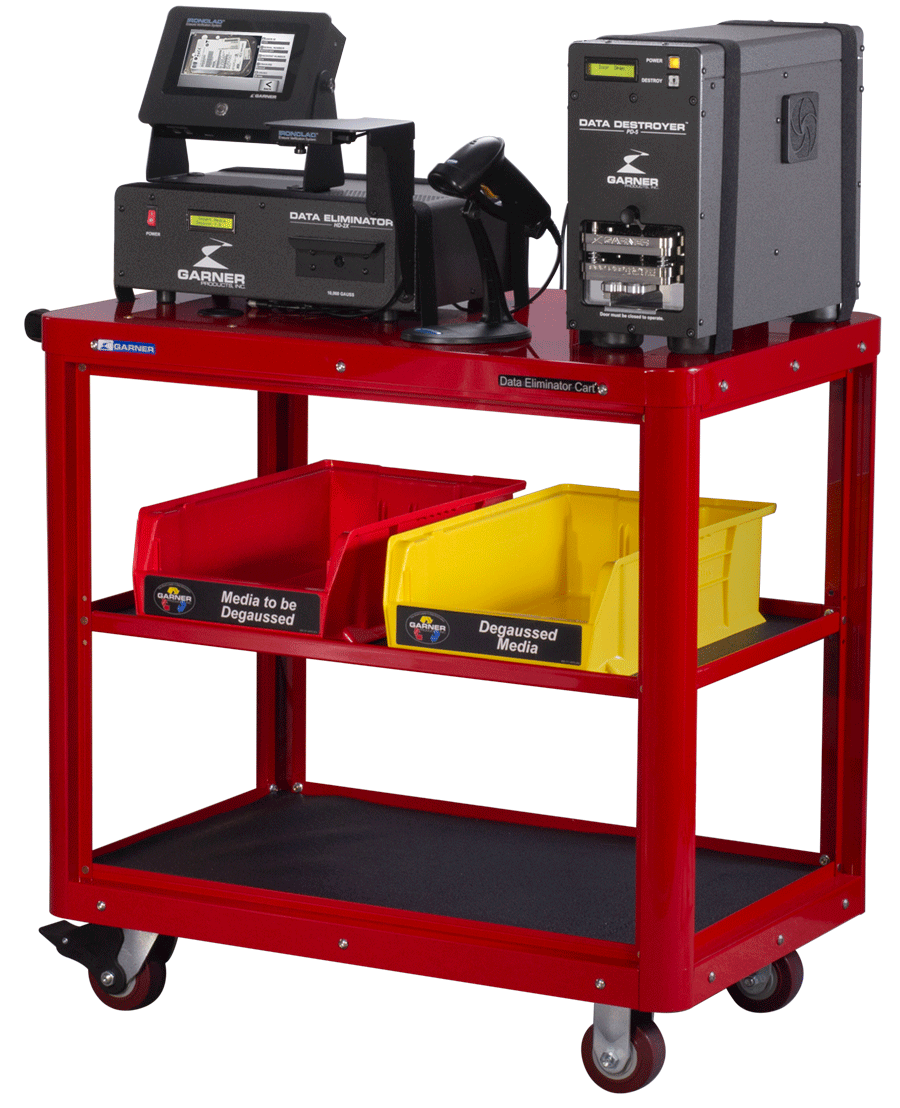 Garner's exclusive IRONCLAD Erasure and Destruction Verification System automatically captures a JPG image of the hard drive immediately after it is degaussed and generates an exportable proof-of-destruction certificate for audit and archival purposes. 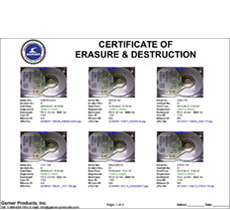 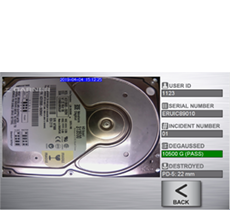 Best Practices: Degauss Before you Destroy

Note:  Solid-state media cannot be degaussed.  Physical destruction of the media with the SSD-1 solid-state destroyer is recommended prior to the media leaving its secure environment.

Overwriting is a method where a random pattern of usually "1" and "0" is written to every part of the drive, frequently three times, to obliterate the underlying data.  The advantage of this method is the drive can be re-used.  The disadvantages are:  it takes a skilled operator to ensure the overwriting is done correctly; non-functioning sectors of the hard drive cannot be overwritten allowing data to remain on the drive; it takes a considerable amount of time-hours, and therefore electricity; and it is not regarded as failsafe, or permissible for the highest data security standards such as the NSA, CIA, or DoD.

Degaussing is the process of exposing the media to a strong magnetic field of sufficient strength to magnetically destroy the data.  The advantages of degaussing are:  a skilled operator is not required to operate a degausser; the magnetic field destroys the all data on the drive in approximately 1/10 of a second regardless of whether the drive is functioning or non-functioning; and degaussing is recognized by the NSA and DoD as an appropriate method of secure data destruction.  The disadvantage of degaussing is the hard drive cannot be re-used.

After degaussing, the data on a degaussed hard drive simply no longer exists. 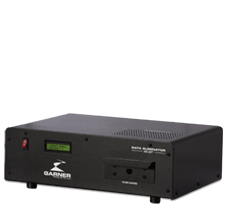 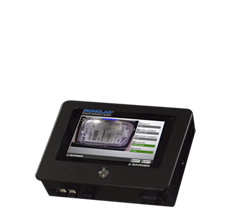 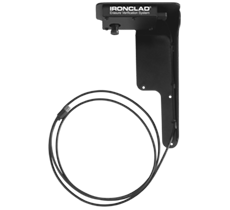 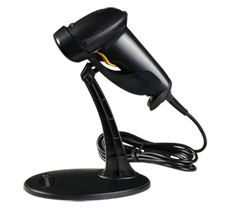 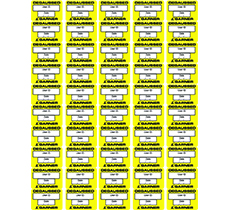 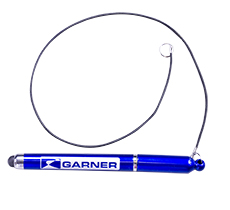 The HD-2XT IRONCLAD will help you satisfy the most stringent government and industry standards, including:

The HD-2XTE is independently tested and certified to meet CE standards for safety and compatibility worldwide. 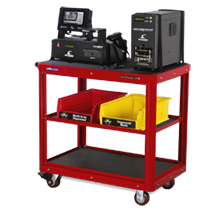 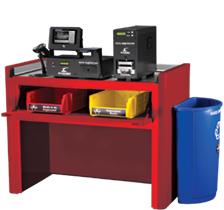 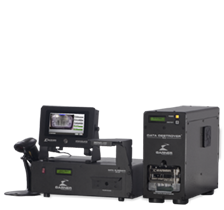 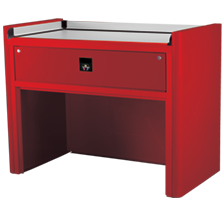 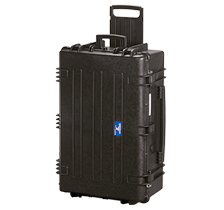 Our MIL-SPEC shipping case lets you take the HD-2XT IRONCLAD to the media.
Learn More 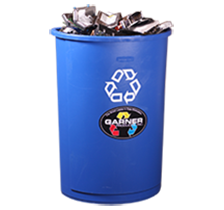 Large blue crack resistant recycle bin makes it easy to store media that has been destroyed and ready to be recycled.
Learn More 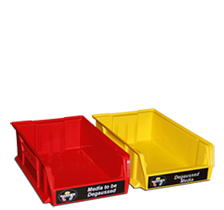 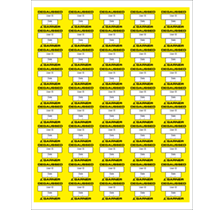 Most hard drive erasure methods leave some or all of your data intact. Degaussing is different—and permanent.

Which Garner product is right for you?

Our products are available through direct sales and our network of world-wide dealers and distributors.

We’re here to answer your questions and help you decide which data destruction equipment is right for you.

We’ll be happy to provide you with a free quote for any of our products or services.